Aimee Boyd, Year 10, has been selected as part of the Northern Ireland U15 UK Schools’ Games Squad.  Earlier in the year, Aimee was selected for the Netball NI U15 Future International Development team (Belfast area) and was then scouted for Northern Ireland’s UK Schools’ Games squad based on her performance within this team.  The UK School Games will be held at Loughborough University in August and this will be the first time that Northern Ireland has been given the opportunity to bring a squad.  Aimee and the rest of the squad will train on a weekly basis over the summer before the final squad of 12 players will be selected to travel to England. 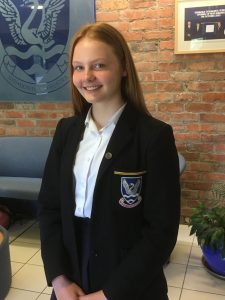