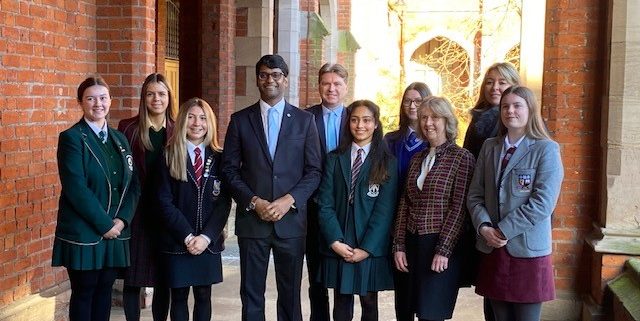 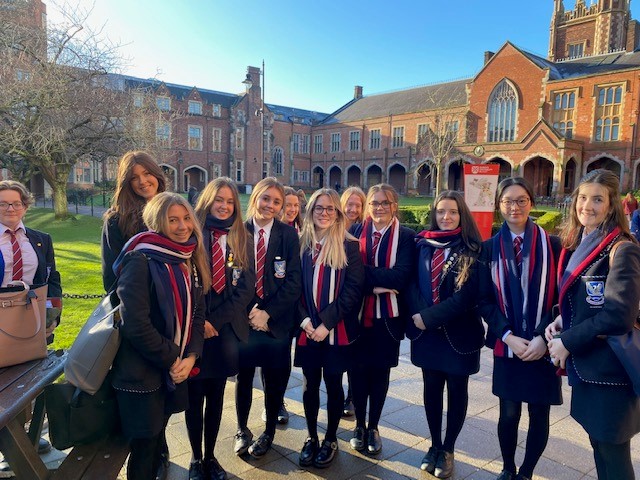 On Thursday 19 January, 12 pupils involved in the SistersIn programme at Glenlola Collegiate met with participants from other schools at Queen’s University Belfast.  They attended lectures given by Mr. Paul Narain, American Consul General, and Professor Karen Morrison, Dean of Education in the Faculty of Medicine, Health and Life Sciences at QUB.

Mr. Narain talked about the role of women in local and global leadership and shared insights from his own career in the American Foreign and Diplomatic Service. Professor Morrison told students of her journey beginning as a pupil in Belfast, via Cambridge, Oxford and Yale Universities to Consultant Neurologist and lead in Northern Ireland’s Motor Neurone Disease Regional Clinic.

Pupils and teachers were inspired by what they heard and relished the opportunity to speak with the presenters informally after the session.