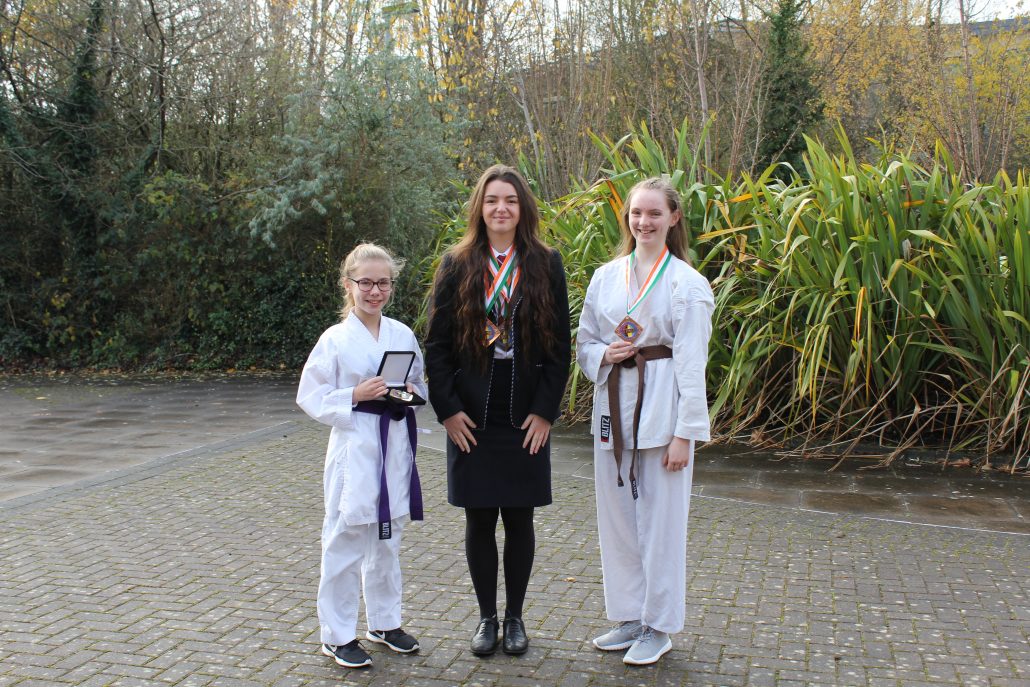 Friday was an early start for competitors with competitions for the children’s and veteran’s kata (routine of moves) and kumite (fighting) along with the team kumite (team fighting) and team kata (routine of moves as a team). The arena was buzzing with raring competitors and keen supporters. The day rounded off successful with a bronze medal each for the two Northern Ireland girls team kumite (Amy Adair team A) (Rachael Fleming team B). At 19:00 the open ceremony began, the atmosphere was surreal as 23 countries for all over the world chanted over each other as we all were lined and seated for the performance. To begin an enthusiastic choir sang, followed by a group of Irish dancers and a few musicians performing solo. After multiple team pictures we finally exited the venue.

Saturday saw the main event with the junior, cadet and senior kata and kumite competitions. After Anna performed her kata to a high standard and continued fighting after receiving a hit in the ribs, she narrowly missed out on a medal to finish fourth. A fantastic achievement for a Year 8 pupil competing against 15 year olds in her category. Rachael Fleming (Year 13) whom performed a seemly flawless kata and went through to the Sunday finals. She finished 3rd in the individual kumite. Amy Adair (Year 12) performing her individual kata and placed 6th, whilst took 4th in the individual kumite for her age group.

Sunday saw Rachael Fleming compete in the finals performing her kata. After an amazing performance she became a world silver medallist, drawing up a total of three world medals over the course of the event.

The entire Northern Ireland squad came away with a total of 15 world medals of which four were won by the three Glenlola Collegiate pupils.