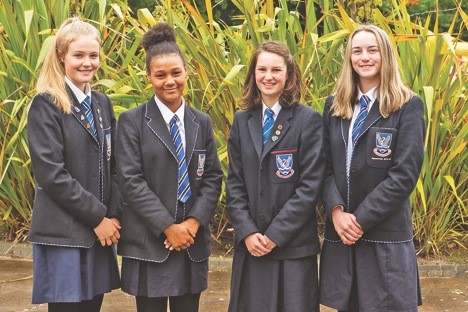 2017-2018 has been a successful year for those representing Glenlola Collegiate School at equestrian events across Northern Ireland. The Open show jumping team consisting of Zara Wood (Year 9), Phoebe Beaumont and Cerys Howell (both Year 11) competed at the TRI Inter-Schools show jumping league at the Meadows Equestrian Centre, Lurgan. They finished third in the league behind Ballymena Academy and Down High School. As an individual, Cerys Howell finished 2nd and 4th in the league on her horses Murphy and Lulu. These were fantastic placings in what was a well-supported competition.

The Ulster Schools Derby is a schools’ equestrian competition run by staff at Glenlola Collegiate School. Held each year, in June, competitors travel from all over Northern Ireland to compete. This year saw the biggest field of entrants with 109 riders taking part. This event is a charity fundraiser for Macmillan Cancer Support and we were delighted to donate £800 to the charity this year.

Due to the success of the Derby, staff are now in the process of organising the first ever Ulster Schools’ Dressage competition which will be held in November.

Outside of School, three of our Year 11 pupils were selected to represent Ireland in various equestrian disciplines. Both Cerys Howell and Phoebe Beaumont were selected to represent Ireland at the British Show Pont Society Championships held in England in August. This show features the top working hunter pony/rider combinations from around the UK. Cerys competed in the Champion of Champions 153cm competition jumping a course of fences built by a man affectionately known as the ‘Grave Digger’ due to the challenge his courses present. Cerys and her pony Lulu jumped a fabulous round to take first place and were crowned 153cm Champion of Champions. The duo then went on to claim first place in the 153 Challenge Working Hunter. To end the week at Grantham Cerys and Lulu competed in the Desert Orchid 1.20m competition which is well known as one of the most technical and hazardous jumping tracks throughout the United Kingdom and Ireland. Cerys and Lulu were one of only two clear rounds having competed against eighteen top riders and ponies from around the UK and Ireland. They finished a well-deserved second place in this highly competitive class.

Later in the week Phoebe and Edie were placed 2nd in the ‘Red Division’ class. This class is extremely competitive with only ponies qualified for Royal International Horse Show and Horse of the Year Show being eligible to compete. Another great result came in the M&M Young Riders class with the pair placing 3rd against some top quality M&M ponies. Phoebe is now making her final preparations ahead of the Horse of the Year Show. This is deemed as one of the most prestigious events in the showing calendar, held at the NEC (Birmingham) in October

Ashleigh Saunderson (Year 11) was selected to represent Northern Ireland at the UK Polocross Home Internationals in England. Ashleigh was flag bearer at the opening ceremony and finished second in the Junior team event. She is currently captain of the Junior team and was awarded best player at the Irish Polocrosse Association tournament in June. 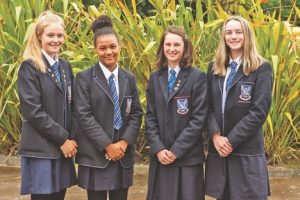