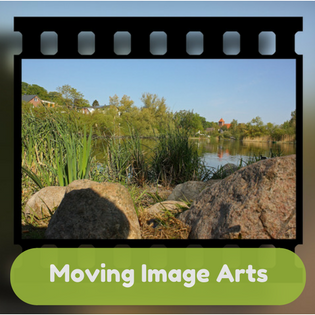 This subject has been developed in the context of both the wider creative industries and the emerging but dynamic local Film and Television production scene. The theory side of the subject consists of the study of Film Language (Camera movement & position, Editing, Lighting, Visual style, etc.). The practical side consists of the making of a short film from concept to completion using industry standard software.

The pupils who have selected GCSE Moving Image Arts will take four tasks in Year 11 (Storyboarding, Sound design, Camera & Editing and Animation) and learn how to approach film critically through genre. In year 12, pupils will conceive and make their own short film and take an online exam assessing their knowledge of film language.

Apart from being an enjoyable experience with many skills which are transferable to other careers areas, the study of Moving Image Arts is appropriate for a range of careers and entrepreneurial opportunities within the creative industries. This would include the many diverse roles within Film, TV, Advertising, Games development, Mobile App development and Animation. It is also important to recognise that there are many emerging creative technologies with as-yet undefined career opportunities which are based on the moving image.